Corporate Globalists Are Looking for Green Pastures in Africa to Plunder

A simple Google search with “Obama war crimes”; “Sarkozy war crimes”; or “NATO war crimes” will show how widespread the charges against Obama; Sarkozy; and NATO.

Horrific atrocities were executed in Libya with direct military and political support and directions from Obama and his NATO mercenaries which included: Sarkozy; Cameron; and Al-Thani (of Qatar). These persons and states must be brought to national and international justice and pay for their horrendous crimes.

Crimes are crimes no matter who committed them. The World did not see evidences in photos or videos of the alleged crimes of Gaddafi despite all the propaganda of the ICC; but the media is full of very horrible evidences of the crimes of Obama and his NATO, Sarkozy, Cameron, and the Libyan Islamist rebels for those who care to see.

Gaddafi tried for a very long time to establish direct democracy in Libya and he campaigned for it worldwide. He fearlessly exposed the crimes of Western liberal democracy and the international mafia of globalists and their secret societies. These were the crimes of Gaddafi and that is why they decided to remove his regime and kill him to stop him from making any further damages and any further progresses.

The thieves and criminals who are bankrupting the West and its people are looking for green pastures in Africa; and to stop Asians from taking over the economic lead in the World. 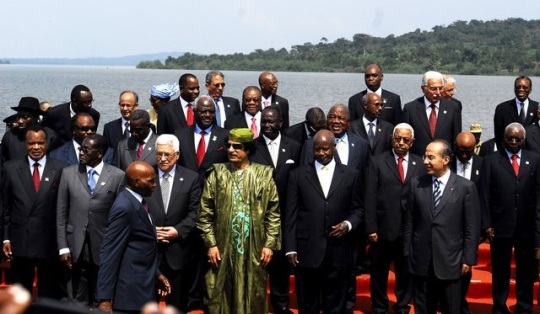 Thanks To Obama, The Al-Qaeda Flag Is Now Flying High And Proud Over Libya