TheDailyCaller.com published on 16 June 2011 this article written by Dr. Ron Paul, the American physician, author and US Congressman, who is running for Republican Party candidacy for 2012 US presidential elections:

Why I’m suing the Obama administration over Libya

US Congressman Dr. Ron Paul to Sue Obama over Libya

There is no issue more serious than war. Wars result in the loss of life and property. Wars are also expensive and an enormous economic burden.

Our Founders understood that waging war is not something that should be taken lightly, which is why Article 1, Section 8 of the United States Constitution gives Congress — not the president — the authority to declare war. This was meant to be an important check on presidential power. The last thing the Founders wanted was an out-of-control executive branch engaging in unnecessary and unpopular wars without so much as a Congressional debate.

Unfortunately, that’s exactly the situation we have today in Libya.

That’s why I’ve joined several other members of Congress in a lawsuit against President Obama for engaging in military action in Libya without seeking the approval of Congress.

Of course, in 2007, then-Senator Obama spoke passionately about the need to go after the Bush administration for violating the War Powers Act — the very same thing he’s doing now. In fact, while speaking at DePaul University in October of 2007, then-Senator Barack Obama said the following:

“After Vietnam, Congress swore it would never again be duped into war, and even wrote a new law — the War Powers Act — to ensure it would not repeat its mistakes. But no law can force a Congress to stand up to the president. No law can make senators read the intelligence that showed the president was overstating the case for war. No law can give Congress a backbone if it refuses to stand up as the co-equal branch the Constitution made it.”

We are now taking Barack Obama’s past advice and standing up to the executive branch.

Of course, the War Powers Act is hardly an improvement on the U.S. Constitution because it does allow the president to go to war without the approval of Congress. But President Obama refuses to follow this law.

If a president does go to war unilaterally, the War Powers Act requires him to seek Congressional approval within 60 days. The president can get an extension of up to 90 days if he asks for more time — but President Obama did not do this.

His time is up.

The Obama administration recently issued a 38-page paper stating that Obama is not in violation of the War Powers Act because “U.S. operations do not involve sustained fighting or active exchanges of fire with hostile forces, nor do they involve U.S. ground troops.” Under this argument, President Obama could preemptively launch nuclear weapons against any country in the world without Congressional approval. Obviously, this is not what the Founders intended!

But even aside from violating the Constitution, it makes no economic sense for us to be engaged in yet another war overseas — especially during such tough economic times. For years now, we’ve been sending foreign aid to the very same Libyan government we’re now spending $10 million a day to fight. And it has been recently discovered that the Federal Reserve’s bank bailouts even benefited the Libyan National Bank. Now, we’re taxing the American people to bomb the very nation that we taxed them to prop up.

This makes no sense at all.

The Founding Fathers did not intend for the president to have the power to take our nation to war unilaterally without the approval of Congress.

It’s time for the president to obey the Constitution and put the American people’s national interest first. 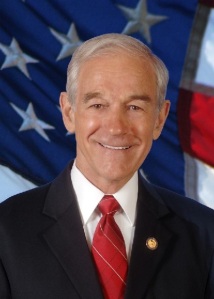 These are frustrating times for the President. Having been swept into office with a seemingly strong mandate, he enjoyed a Congress controlled by members of his own party for the first two years of his term. However, midterm elections brought gridlock and a close division of power between the two parties. With a crucial re-election campaign coming up, there is desperation in the president’s desire to “do something” in spite of his severely weakened mandate.

Getting something done is proving to be a monumental task. This may be news to the supposed constitutional scholar who is now our president, but if the political process seems inconvenient to the implementation of his agenda, that is not a flaw in the system. It was designed that way. The draftees of the Constitution intended the default action of government to be inaction. Hopefully, this means actions taken by the government are necessary and proper. If federal laws or executive actions can’t be agreed upon constitutionally which is to say legally such laws or actions should be rejected.

The vision of the founders was to set up a government that would remain small and unobtrusive via a system of checks and balances. That it has taken our government so long to get this big speaks well of the original design. The founders also knew the overwhelming nature of governments was to amass power and grow. The Constitution was to serve as the brakes on the freight train of government.

But the Obama administration, like so many administrations in the 20th century, chooses to ignore the Constitution entirely. The increasingly broad use and scope of the Executive Orders is a prime example. Executive Orders are meant to be a way for the president to direct executive agencies on the implementation of congressionally approved legislation. It has become increasingly common for them to be misused in ways that are contradictory to congressional intent, or to bypass Congress altogether in enacting political agendas. The current administration has unabashedly stated that Congress’s unwillingness to pass the president’s jobs bill means that the president will act unilaterally to enact provisions of it piecemeal through Executive Order. Obama explicitly threatens to bypass Congress, thus aggregating the power to make and enforce laws in the executive. This clearly erodes the principles of separation of powers and checks and balances. It brings the modern presidency dangerously close to an elective dictatorship.

Of course, the most dangerous and costly overstepping of executive authority is going to war without a congressional declaration. Congress has been sadly complicit in this usurpation by ceding much of its war-making authority to the executive because it wants to avoid taking responsibility for major war decisions, but that is part of our job in Congress! If the President cannot present to Congress and the people a convincingly strong case for going to war, then perhaps we should keep the nation at peace, rather than risk our men and women’s lives for ill-defined reasons!

This administration certainly was not the first to behave in ways that have defied the Constitution to overstep its bounds. Sadly, previous administrations have set precedents that the current administration is only building upon. It is time for Congress to reassert itself and its constitutional role so that future administrations cannot continue on this dangerous path.