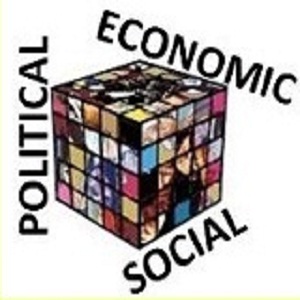 All Citizens Must Have The Right to Elect at Least Three Representatives in Parliament To Protect Distinct Social, Economic and Political Interests. Parliament Must Be Equally Shared By Men and Women. The Powers of Trade & Business Unions and Ethnic Communities Must Be Increased to Level With Political Parties.

The Institutions of XYZ Democracy
Three-dimensional Democracy (XYZ Democracy) is a parliamentarian system of governance. It requires a parliament composed of three distinct popularly elected assemblies; each one represents the people in one axis separately. The three assemblies combined – the Social; Economic; and Political Assemblies – form together the House of Representatives, the lower house of Congress. Each assembly elect its senators to from three sub-senates; and those three together constitute the Senate, the upper house of Congress. The Congress shall be the legislative and regulatory branch of the system.

Three-dimensional Democracy is representative and inclusive system; and not like any Western Liberal Democracy models based on competition and exclusion. Thus there shall be no losers or opposition; but rather inherent institutional checks and balances from the tri-part nature of its assemblies.

The executive power shall be in the hands of the Council of Ministers which is appointed and headed by a Prime Minister elected by House of Representatives; and endorsed by the Senate. Each Minister and his cabinet and aides shall seek appointment and regular approvals from the relevant Economic Assembly committee of the House of Representatives, to ensure competence and good performance. The state shall be headed by an Honorary President elected by the Senate.

Any eligible citizen shall have the right and duty of three-vote system “Sectional Suffrage”. He/she shall register and vote in his/her relevant social constituency; relevant political constituency; and relevant economic constituency. This system shall encourage and enhance participation and quality of informed selection of representatives; and consequently public engagement and government performances.

XYZ Democracy easy to implement, more democratic, and it is more responsive and answerable than conventional and faulty Modern Liberal Democracy models.

1- The Right of All Citizens to Elect at Least Three Representatives in Their Parliaments To Protect Their Distinct Social, Economic and Political Interests.

2- Parliament Must Be Equally Shared By Men and Women.

3- The Powers of Trade & Business Unions and Ethnic Communities Must Be Increased to Level With Political Parties.