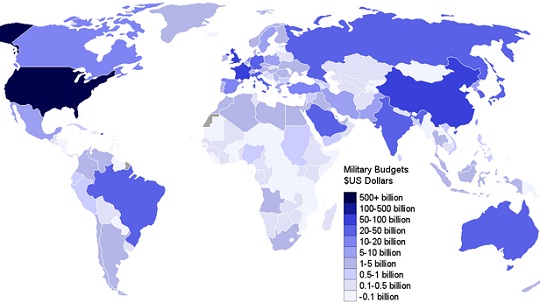 Military expenditure as percent of GDP

The 2009 U.S. military budget accounts for approximately 40% of global arms spending. The 2012 budget is 6-7 times larger than the $106 billion of the military budget of China, and is more than the next twenty largest military spenders combined. The United States and its close allies are responsible for two-thirds to three-quarters of the world’s military spending (of which, in turn, the U.S. is responsible for the majority).

The source:
Wikipedia: Military budget of the United States

US Military; Intelligence; and Administrations are # 1 Terrorists

Syria Is Under Zionist Siege